We welcome that your bilateral meeting will take place in Geneva on 16 June 2021. Considering the current difficult relation between the United States and Russia, it is important that talks at the highest political level can take place. Even though we appreciate that such a meeting is possible, we are convinced that bilateral, secret diplomacy should no longer be the main framework in which international politics are being negotiated. Instead, it is crucial that matters of international affairs are tackled in multilateral fora such as in the United Nations. The international institutions that were built after the crises of the last century need to remain the central part of international politics, be reformed and thereby strengthened. As permanent members of the UN Security Council, Russia and the United States have a special responsibility in this regard.

Over the last years, nuclear weapons proliferated, while US and Russian nuclear modernization efforts continued to accelerate. Governments in Russia and the United States appear to consider nuclear weapons more-and-more useable. Moreover, the heightened interest of both States in hypersonic weapons, as evidenced by a number of tests in 2020, is alarming. While nuclear arsenals get modernized, international regulation of nuclear disarmament is in a dead end. We thus urge you to comply with international agreements on conventional and nuclear weapons and to launch a new initiative to tackle the currently ongoing arms race. As the States with the largest nuclear arsenals, it is up to you to immediately start such a process of disarmament.

Instead of spending enormous sums on the modernization of nuclear arsenals, Russia and the United States should spend this money on the fight against climate change. As State parties to the United Nations Framework Convention on Climate Change (the Paris Agreement), the United States and Russia incurred the obligation to contribute to the goal of keeping global temperature rise this century well below two degrees Celsius above pre-industrial levels.

Even though the Cold War has been over for more than 30 years, many of today’s conflicts –Yemen, Syria, Ukraine – are at least partly still proxy wars with one side often being backed by the United States while to other warring party being supported by Russia. It is time to recognize that the 21st century’s main threat, the climate catastrophe, cannot be “won” by geopolitical considerations that might have been relevant while the world was still dominated by two superpowers. Today’s treats, such as climate change or pandemics, can only be tackled by multilateral cooperation, not by a Cold War mind set which has outlived its usefulness long ago. A timely example is the necessity of a globally coordinated fight against COVID-19. Only once the majority of people in all States are vaccinated will the pandemic truly be defeated. Therefore, we appreciate the US Administration’s support for negotiating a TRIPS Agreement waiver for COVID-19 related vaccines at the World Trade Organization. Collaboration on tackling today’s major threats can only be successful if the international community is united in peace. Hence, we urge you to find lasting solutions to the manifold ongoing armed conflicts within the framework of universal international organizations.

Lastly, foreign policy always has to be based on the principle of human dignity. Neither of your governments, however, seem to respect human rights. On the international level – for instance in Belarus or the Israel-Palestine conflict – human rights and the respect for international law seem to play a secondary role at best in the foreign policy of Russia and the United States. Internally, it is hardly any better: It is, for example, appalling that the torture camp in Guantanamo has still not been closed and that political opponents like Alexei Nawalny are being poisoned and imprisoned. Rather than violating human rights, both Russia and the United States ought to respect the equality of all human beings and their freedom to lead the life they wish without discrimination on any ground such as gender, race, color, language, religion, political or other opinion, national or social origin, association with a national minority, property, birth or other status.

Under these considerations, we hope that your summit on 16 June in Geneva will help you to overcome your approach to foreign policy which is still based on the threats of the last century and that it contributes to building a peaceful order centered on multilateral institutions, the respect for international law and the principle of human dignity. 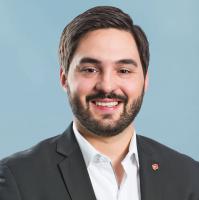 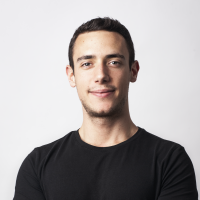 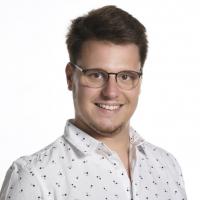